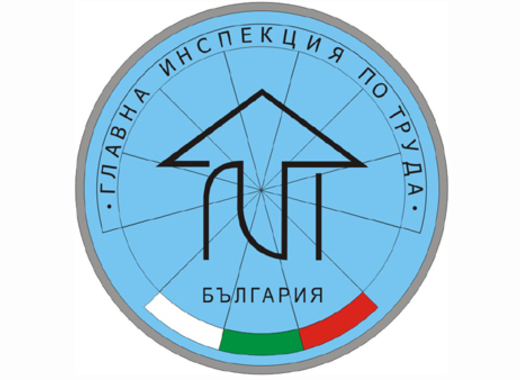 Agriculture is a sector that is subject to increased control on an annual basis as the inspections’ data shows that it is at risk with regard to the implementation of unregulated practices in the emergence of employment relationships and the provision of healthy and safe working conditions. GLI EA’s functions for detecting and limiting forms of undeclared work include measures to prevent and impose sanctions on employers, who benefit from undeclared work, and to coordinate between relevant national and European authorities based on agreements and exchange of experience. The most recent statutory form for combating cases of non-employment is the opportunity to conclude a one-day employment contracts.

GLI EA has developed an Automated System (One-Day Labour Contract Portal) that allows farmers to be provided with samples of one-day contracts online. Employers can receive registered samples of labour contracts from the Portal for one-day employment contracts on the website of GLI EA: https://ednodnevni.gli.government.bg/IPSTS/.

By an amendment to the Labour Code, which entered into force on 17 July 2015, registered farmers were given the opportunity to conclude one-day employment contracts for short term seasonal agricultural work with workers, engaged in professions, not requiring special qualifications in the processing of plantations and harvesting fruit, vegetable, rose and lavender. Such contracts are concluded day-to-day and for no more than 90 working days in the calendar year. Amending the Labour Code, promulgated in the State Gazette of May 22, 2018, the one-day employment contracts can also be concluded for 4 hours.

This good practice seeks to limit undeclared work in seasonal agricultural work and to enable employers in the crop farming industry to employ workers more flexibly, including unemployed, socially disadvantaged and non-professional workers. The new legal framework has created clarity and certainty for employed workers as well as for the employers, who can legally employ workers. It has created a legal basis to address the problem of legally hiring the workforce, engaged annually in agricultural activities that require a large number of workers for a short period.

The conclusions from an assessment report on the effectiveness of the introduction of one-day employment contracts, prepared by a Sociological Research Agency, covering the period 16.07.2015-27.09.2016, are the following:

Also from the beginning of April 2019 a mechanism/procedure for online declaration of the seconded persons was implemented, in compliance with Art. 9, point 4 of Directive 2014/67/EC according to which “Member States shall ensure that the procedures and formalities relating to the posting of workers pursuant to this Article can be completed in a user-friendly way by undertakings, at a distance and by electronic means as far as possible”.

Other measures and prevention activities against unregulated work include:

– Legislative measures: drafting or amending laws and sub-legislative acts in accordance with the new requirements of the labour market and the new economic realities. New legislation introduced in relation to the regulation of the labour market access for third-country workers, including self-employment and employment of Bulgarian citizens abroad, including their free movement within the European Union and the European Union economic space. Legislative amendments regarding the facilitation of the access to the labour market in Bulgaria of third-country nationals for the purposes of seasonal employment; an intergovernmental agreement for regulating labour migration between Bulgaria and Moldova concluded.

– Institutional measures to create structures and mechanisms for better cooperation between the relevant authorities (General Labour Inspectorate, National Revenue Agency, National Insurance Institute and National Health Insurance Fund, Ministry of Interior, etc.); investing in training and sharing of good practices; conduct joint inspections by institutions, supervising compliance with labour, social security and tax legislation to strengthen the fight against undeclared work and curb the shadow economy as a whole; improving the capacity of the various relevant bodies and participants of the Member States to tackle the cross-border aspects of undeclared work; including cross-border cooperation through IMI, joint inspections and exchange of good practices, within the framework of bilateral agreements; raising public awareness on issues, related to undeclared work, and encouraging Member States to step up their efforts to tackle undeclared work;

– Administrative measures imposing new targeted regimes to regulate the relationship or simplify procedures: Work is not allowed without a registered written employment contract. Registration must be done before the employee starts working for the employer; The Labour Inspection Bodies have the right to declare the existence of the employment relationship, when they find that labour is provided in violation of the law. The decree replaces the employment contract and must be registered. Administrative cooperation through the Internal Market Information System with the competent authorities of the other EU Member States, States party to the Agreement on the European Economic Area or the Swiss Confederation and the cross-border enforcement of financial and administrative penalties and fines, including fees and charges, accruals. Annually the Inspectorate’s Activity Plan focuses on the prevention of the gray economy by means of inspections in small and medium-sized enterprises, where the most commonly used non-regulated practices are found.

– Technological innovations– practices, related to the use of modern information technologies. Developing tools (such as good practice guides, etc.) and evaluating experience with similar tools.